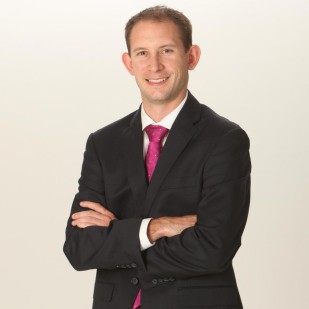 As a young kid that played virtually every sport that his town and school offered, he never really thought that sports would end up being his career.

Sports has always been in Andrew’s blood. He attended his first college football game at 10 months old, and attended almost every home game of Nittany Lions for the next 20 years so it is no wonder that he always wanted to cover Penn State.

If you have to work for this thing called “adulting” you might as well try and have fun.

Andrew attended Syracuse University and graduated from the Newhouse School. After teaching in his local area for just over a year, Andrew moved to Charlottesville, VA to work at the Newsplex. Wide eyed and filled with excitement, he walked into his first television job as morning production assistant. The sports director at the Newsplex was a fellow, “Skook” (Schuylkill County, Pennsylvania native) and put Andrew to work in the sports department, shooting highlightes and some writing.

After 10 months, Andrew made his way to State College, PA and WHVL-TV. Over the course of five years, Andrew some firsts in Happy Valley, some great, some not so great (cough, names on the uniforms). Andrew’s experience at WHVL including calling play by play, side line reporting, color analyst, hosting his own political talk show, launching the first Penn State hockey television show and co-hosting, along with Jeff Byers the Penn State Football post game show on ESPN radio.

Andrew, hates to be in the office, in fact we like it when he is out of the office as well, so if you have a story that you want to be told contact Andrew. You can reach him by email email at akalista@fox43.com, find his page on facebook, or hit him up on twitter @KalistaAndrew.

He is really excited to be here and add to his list of sports memories, to which there are already many (seriously, you should ask him). Just don’t mention that he is 5’9″ 139 pounds living in his “prime” as a washed up athlete.