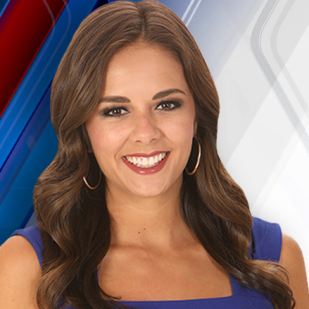 Born and raised near Bucks County Pennsylvania, Bryanna Gallagher is so happy to be back in her home state!

Bryanna joined the Fox 43 Morning News Team in July 2018 as a Reporter.

Before moving back to PA, Bryanna was the weeknight anchor and producer for Fox 40 News in Binghamton NY. At her time there she covered the pregnancy of the infamous April the Giraffe who made national headlines, and even met her baby calf! Bryanna also worked closely with local police/fire officials, and introduced new or undiscovered locally owned and operated businesses to the community. She graduated from the Klein College of Media and Communication at Temple University in Philadelphia with a degree in Journalism. Bryanna enjoyed spending several years in the city of Brotherly Love, especially cheering on her favorite teams… #FlyEaglesFly!

Bryanna is excited to be living in Central Pennsylvania, and encourages you to reach out with your favorite local spots— especially if they include ice-cream!!

If you have a story idea you’d like to share with Bryanna, she would love to hear from you! You can email her at BGallagher@fox43.com. You can also catch her on Facebook: @BryannaGallagherTV and Twitter: @BGallagherTV.