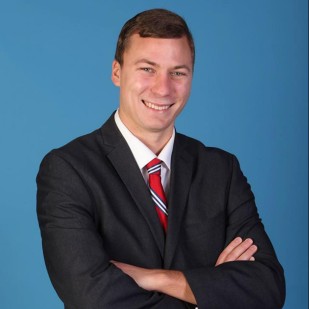 I am glad to come back to the Keystone State to continue my career. I grew up just outside of Pittsburgh. Naturally I root for the black and gold.
I went to Point Park University in Pittsburgh where I double majored in Broadcast Journalism and TV Production. While there, I covered Point Park athletics and news. I had the opportunity to cover President Obama when he came to Pittsburgh and once at the White House. In my senior year I covered the Gubernatorial Race for PA. My studies included internships at KDKA and WPXI. I graduated in December of 2014.
I then started in New Bern, NC at WCTI. While I was there I was a general assignment reporter. There I had the pleasure of covering the eastern side of the state including the Crystal Coast. I covered everything from Marine homecomings to Tropical Storms and breaking news.
I look forward to covering the area. I enjoy telling stories. If you have any please tell me at choffman@fox43.com, @newsmanchris on Twitter, or my Facebook page Chris Hoffman Fox 43