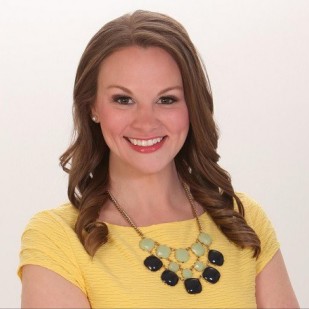 Jackie anchors FOX43 News First at 4 and 5. You can also catch her investigative “FOX43 Finds Out” consumer reports airing on Wednesday nights during FOX43 news at 10.

Pennsylvania has been Jackie’s home a while. Before coming to Central PA, she was a reporter for WNEP in Scranton. Jackie covered everything from the manhunt for accused cop killer Eric Frien to breaking the biggest real estate fraud investigation in the state.

Prior to working in Pennsylvania, Jackie was an anchor/reporter in Bangor, Maine.

A Long Island, New York native, Jackie graduated from Hofstra University with a degree in Broadcast Journalism. During her senior year, she was ABC’s “On The Red Carpet” journalist at the 84th Annual Academy Awards. Jackie reported from the Oscar’s red carpet and interviewed stars like Meryl Streep, Tina Fey and, her personal favorite, George Clooney. (He called her great. She’s still not over it.)

When she’s not working, you can find Jackie on the couch immersed in a Netflix marathon, attempting to train her rescue dog Shea or hopelessly rooting for her favorite teams: the Mets and Jets.