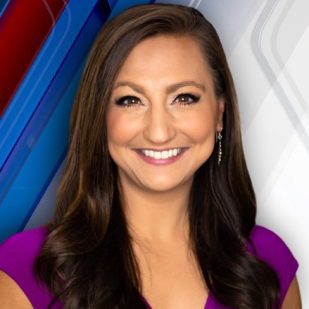 A country girl at heart, I was born and raised a farm girl in NEPA (Northeastern Pennsylvania). I graduated from Western Wayne High School as the class athlete and found my passion for sports journalism. I am an avid sports lover and proud to cover all of Central Pennsylvania.

I joined FOX43, December of 2016. From covering local dirt track racing, high school sports, Penn State football. I’m there for it all!

Before starting at FOX43, I was a student-athlete at Shippensburg University. I competed on the SHIP Track and Field team, #PrideTeamTradition, was an All-PSAC jumper and a hurdler. When I wasn’t competing or studying, I was a Sports Anchor and Sideline Reporter for the university television station, SUTV. Not like I wasn’t busy enough, I also worked in the sports information office, covering all of SHIP’s 20-sports teams.

Before graduating from SHIP, I was a sports intern at WNEP-TV in Scranton, Pennsylvania. I had the honor of interviewing some pronounced professional athletes from NASCAR’s Mark Martin, to Major League Baseball’s Chase Utley and Ryan Howard.

I graduated Shippensburg University in 2013 with a Bachelors of Arts in Communication/Journalism, with an emphasis in electronic media and a minor in Coaching. I loved SHIP so much, continuing into my graduate degree and graduated in 2015 with a Masters degree in Communication Studies, concentrating on digital media and strategic public relations.

I am a 3-time Pennsylvania Association of Broadcasters award-winner with FOX43.

My most memorable moment, so far, at FOX43, was traveling to Charolette Motor Speedway to feature a Millersburg High School student, taking his foundation around the track, raising awareness for his rare brain cancer and being an advocate for children.

In my spare time, you can catch me spending time with friends and family, walking my husky Kona, enjoying the great outdoors, working out and watching my favorite sports teams. Yes, I have an array of teams! (Penn State Football, Duke Basketball, N.Y. Giants, Boston Red Sox)

My bucket list is to attend every NASCAR track, NFL and MLB stadium and attend a Final Four.

I’m always looking for a great BBQ or tailgate, let me know where yours is at. See you at the next Penn State game!