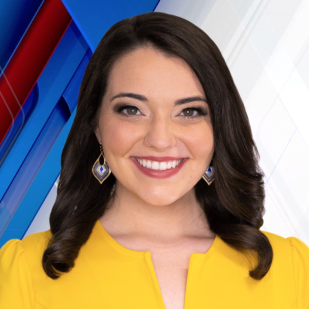 Samantha joined the Fox 43 News team in July 2018. Prior to that she worked at the York County Economic Alliance, where she was the Marketing & Communications Manager. But it’s not her first go-around in journalism.

She grew up in Mechanicsburg and attended Trinity High School before graduating from Millersville University. There she received a degree in Speech Communications with an option in Broadcasting. She landed her first job in 2013 as a one-woman-band reporter in Hazleton, before moving to Harrisonburg, Virginia to join the WHSV news team as an anchor and reporter in 2014. Samantha was also a reporter at ABC 27 News in Harrisburg. She loves being back in her hometown!

Samantha is passionate about covering feature stories and focusing on health issues. Seeking accountability and informing the public of what’s going on in their backyard is what drove her to find hard-hitting and impactful stories that everyone cares about. It has helped develop her passion for storytelling, but also, working with people. In 2017 she was nominated for an Emmy Award for her reporting on the heroin epidemic and its impact on newborns.

In her free time, you can find Samantha spending time with friends and family, working out, or watching endless re-runs of Parks & Rec and Impractical Jokers. She is also a lover of cupcakes – all shapes, colors, and sizes! Feel free to say hello if you see her around!